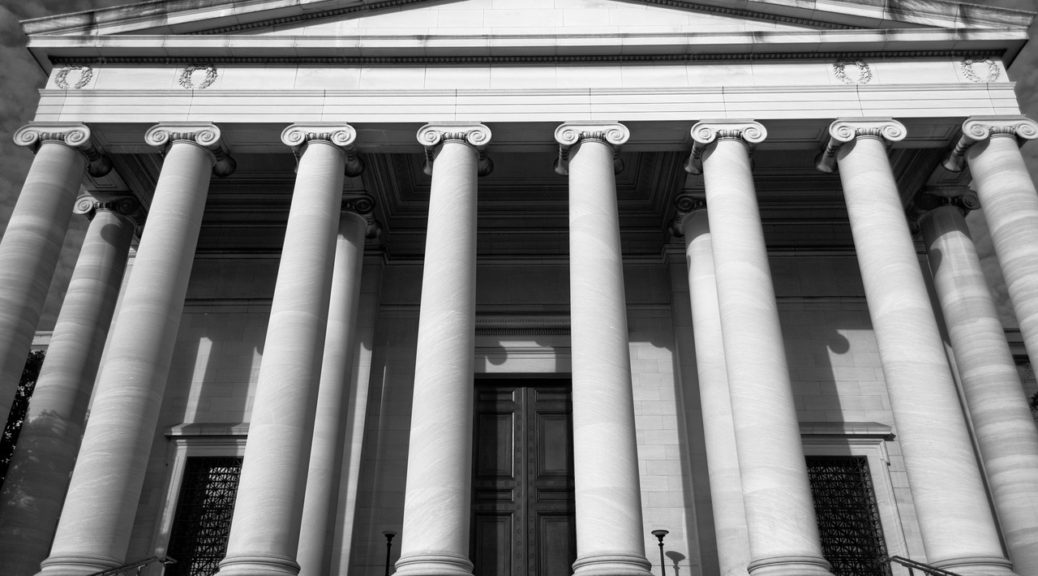 This article by Dr. Weiman also first appeared on Huffington Post on June 13, 2016.

No Money shall be drawn from the Treasury, but in Consequence of Appropriation made by Law… Article I Section 9 of the United States Constitution

A federal court judge has recently ruled in favor of the House of Representatives in a lawsuit which challenged the Obama administration’s funding of subsidies for insurers who were providing health care policies on the exchanges. John Boehner pushed for the lawsuit when he was Speaker of the House; he felt it was an overreach by the Obama administration which was paying the subsidies to insurance companies without the appropriate funding passed by

Congress. The Congressional Budget Office estimates that this funding would be about $130 billion from 2017 through 2026.

This case was also argued on a “standing” basis. Judge Collyer held that the Congress was injured when the administration paid the subsidies. The “power of the purse” is a practical way for the Congress to exercise its check of the Administration. Without this power, they would be harmed; thus standing was affirmed.

One of the linchpins of our Constitutional republic is the separation of powers. Article I of the Constitution gives the sole power of spending to Congress. This “power of the purse” was meant to be a critical check against tyranny. If the President were to have the power to legislate (designate how money from the Treasury would be spent) along with the power to enforce the laws, then he could essentially ignore Congress altogether. He would have the power of a dictator, not a president. This is what the Constitution was meant to prevent.

The Obama administration had argued that they were trying to faithfully implement the law and the funds they were using were in another section of the law dealing with subsidies to reduce the cost of health care insurance.

Under Section 1401 of the Affordable Care Act (ACA), the insurance companies that were participating in the exchanges were required to provide discounts to eligible lower income people who were purchasing health insurance.  Under Section 1402 of the law, no money had been allocated for the insurance companies themselves although they had been promised subsidy support. This is not the first time that Congress had promised financial support but failed to allocate the necessary funds needed for the support. In fact, this seems to be a common occurrence; see “unfunded mandates”.

Even without the money from Congress, the administration decided to pay these subsidies anyway. The insurance companies were losing billions of dollars and they were threatening to leave Obamacare if this support was not forthcoming.

In a way, President Obama challenged the Congress to file this suit when he taunted them with his statement that “I’ve got a pen and I’ve got a phone.” He seemed willing to challenge the concept of the “separation of powers” and provide the money from a different section of the ACA which Congress had only allocated for tax credits for some eligible people who were

purchasing policies on the various state exchanges. There was no explicit funding of the subsidies in this section.

In her decision, Judge Rosemary Collyer wrote that the “Affordable Care Act unambiguously appropriates money for Section 1401 premium tax credits but not for Section 1402 reimbursements to insurers.” The Obama administration had argued that this appropriation could be “inferred” but that claim was rejected by the judge. Laws must be very specific when they relate to appropriations coming out of the United States Treasury.

Under Judge Collyer’s ruling, Health and Human Services (HHS) has been enjoined from paying subsidies to the insurers but she stayed the order pending the expected appeal of the Obama administration. It is foreseeable that the insurance carriers will not wait for a final decision as their costs are rising significantly. They will either raise their rates or they will leave the exchanges altogether. In fact, this is already happening.

Judge Collyer recognized that she may be overruled on appeal. As such she stayed her injunction. However, without the payments from the government, the insurance companies will be facing significant financial losses.

Several carriers have already predicted they will need double digit increases on their premiums for 2017. These premium increases will be on top of premium increases that went into effect in 2016. With these increases, more people, especially the healthy ones, will be inclined to go without insurance and pay the penalty instead. Without the participation of these healthy people to off-set the costs of the older and sicker patients who will be using the insurance, the providers may not make it. No company can remain viable if they are likely to lose money on a continuous basis.

If the decision is upheld on appeal, then it is foreseeable that many insurance companies will have to raise their premiums, increase the deductibles of the policies, and/or withdraw from providing policies under the exchanges. In either case, the ACA will be significantly affected as many people will choose to opt out and pay the penalty (tax) instead of paying higher premiums for lesser policies. In light of “guaranteed issue” and “community rating” people will be inclined to hold off on buying health insurance until they need it; there is really no penalty for waiting so long as the penalty is less than the costs of the policies being offered.

In the unlikely scenario that the ACA is put in jeopardy with this decision, the republicans will be under a lot of pressure to get a viable alternative in place. If a democrat wins the presidency, a movement to a single party payer will likely occur.

Could the appellate court overturn the decision? Of course it can. The DC Circuit, which has historically sided with the Obama administration, is likely to do the same for this case. They can hold that the money appropriated under Section 1401 can be used to pay for the subsidies.

It would not be too much of a stretch to predict that the Supreme Court will also disagree with Judge Collyer. After all, in two previous Supreme Court decisions, Justice Roberts upheld Obamacare; first by equating federal and state exchanges. In the second case, Justice Roberts held that the penalty for not buying health insurance was allowed under the taxing power of the Constitution. Four justices felt this power was allowed under the Commerce Clause but Justice Robert’s was not willing to affirm on this basis.