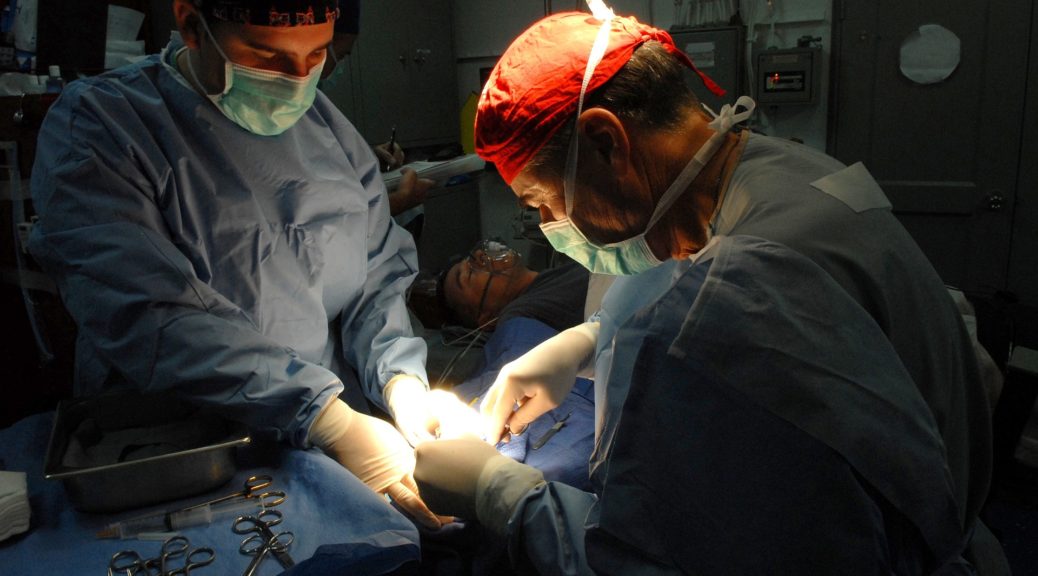 For the last several years, a group of “seasoned” cardiothoracic surgeons from around the country gather in Chapel Hill, North Carolina, where they are joined by many young surgeons who are starting their residency in the specialty. The meeting is three days of intensive training using simulation models to replicate surgical situations the residents will be confronting during their surgical training. Getting familiar with the instruments, scopes, dissection techniques, heart lung machine, valve replacements, and small vessel suturing are some of the basic skills learned.

The “boot camp”, sponsored by the Thoracic Surgery Directors Association, is a rare opportunity for the residents to get individualized training with some of the most experienced surgeons in the field.

Historically, surgical training involved the resident getting graded levels of responsibility for doing procedures in the operating room (OR) and at the bedside. The training also involved pre and post-operative care but technical skills, cognitive knowledge, and clinical acumen were usually dependent on real patients in the operating room. The residents work one on one with an “attending” surgeon who will supervise as the resident does parts of the procedure.

Jonathan Nesbitt, M.D., director of the Cardiac Simulation Program at Vanderbilt University and one of the teachers at the Chapel Hill program, says “[b]y immediately imparting these skills early in training, we significantly compress the learning curve to allow [the residents] to work effectively and safely in the clinical realm.” Not only do the residents get to learn the basic technical skills required in the specialty, they get to experience realistic models of surgical catastrophes so they can learn what to do before a real patient’s life is on the line.

The rise in simulation in surgical training is being driven by several factors. Minimally invasive surgical techniques make it difficult for the attending to first assist in such a way as to keep the trainee out of trouble. Only one person can drive the robot or the scope. Reductions in duty hours, mandated by law, cuts down on the actual OR time a resident may have to learn what to do and how best to do it. And, of course, the ethicists are now making it more difficult to justify allowing inexperienced physicians to learn on actual patients.

Under the stresses brought on by the Affordable Care Act, many surgeons have become employees of hospitals or medical groups. This model has forced the surgeons into a productivity model based on fees generated for services rendered. The employer looks to the surgeon to generate income and the surgical education component of the practice is suffering. The surgery residents, generally slower than the attendings, are getting to do fewer cases so the attending can generate more income.

As third party payers are moving to pay based on quality models, attending surgeons may be even more inclined to do the operations themselves instead of helping a surgical trainee. One of my attendings in the surgical training program I went through believed that the best surgeon in the room should do the operation. Since he was always the best surgeon in the room, the resident could do no more than first assist. First assisting was frowned upon by us residents, but we did it the best we could so as to learn from this superb surgeon. However, there is no substitute from being the primary surgeon.

Although the simulators are good for teaching the basic skills, they have not reached the level needed to teach the skills that must be acquired when things go terribly wrong or when the dissections are difficult from aberrant anatomy or intense scarring.

In a patient with previous surgery, the scarring can be so dense that the blood vessels may not be seen until they are cut. The sudden fear felt by a surgeon who is confronted by hemorrhage that is so brisk as to be audible can lead to a complete inability to cope with the situation and may lead to the death of the patient. The same feeling of horror can occur with unintentional injuries to other structures like the common bile duct, ureter, heart, and brain. How to handle these potential disasters is hard to teach on the simulators.

Simulators are costly and the restrictions of the 80 hour work-week make it difficult for residents to find the time to use them. Dedicated simulation time, such as that provided in Chapel Hill, is very valuable.

Some facilities have built simulation centers that are recreating whole operating rooms, delivery suites, intensive care units, and endoscopy suites. The University of Tennessee where I work is finishing a new building devoted totally to simulation. I would expect that these large facilities can be used to train health care providers from other areas who will come in for specific training.

It is hard to prove that skills learned from simulation training will lead to improved care for patients but I think it does based on what I see from the residents I worked with at Chapel Hill. Small sample sizes and the ability to detect small changes in skill sets make training assessments difficult. However, since practice makes perfect and since there are not enough patients to go around, I believe the role for simulation in surgery will only increase in importance.

Another benefit of simulation is to learn how to deal with possible catastrophes before confronting them with a real patient. Brilliant saves rarely occur the first time a problem is seen; saves do occur in subsequent cases.

Teaching residents to act in a professional manner is usually done by surgical mentors who serve as role models. This training could be enhanced by using actors in vignettes presented in videos which can be viewed by the residents—a form of simulation.

Outcomes research and cost comparisons need to be done but simulation is here to stay. There are cognitive skills and communication skills which are also very important in surgery and there is a role for simulation in these areas which will need to be developed—sort of like the “mock trials” that law students have to go thru. For now, we are concentrating on technical skill enhancement.

Although surgical simulation does not replace the skill sets learned from actually operating on patients, the models do allow for repetitive practice of the basic technical skills needed by the surgeon without having to rely on actual patients. The attending surgeon is more inclined to let the resident do more if the basic skills are being demonstrated on a daily basis.

It is said that surgeons do four things unique to patient care. These are (1) control hemorrhage; (2) drain pus; (3) restore normal (functional?) anatomy, and (4) train future surgeons. By participating in the boot camp at Chapel Hill, I am helping with #4. I enjoy doing it very much.