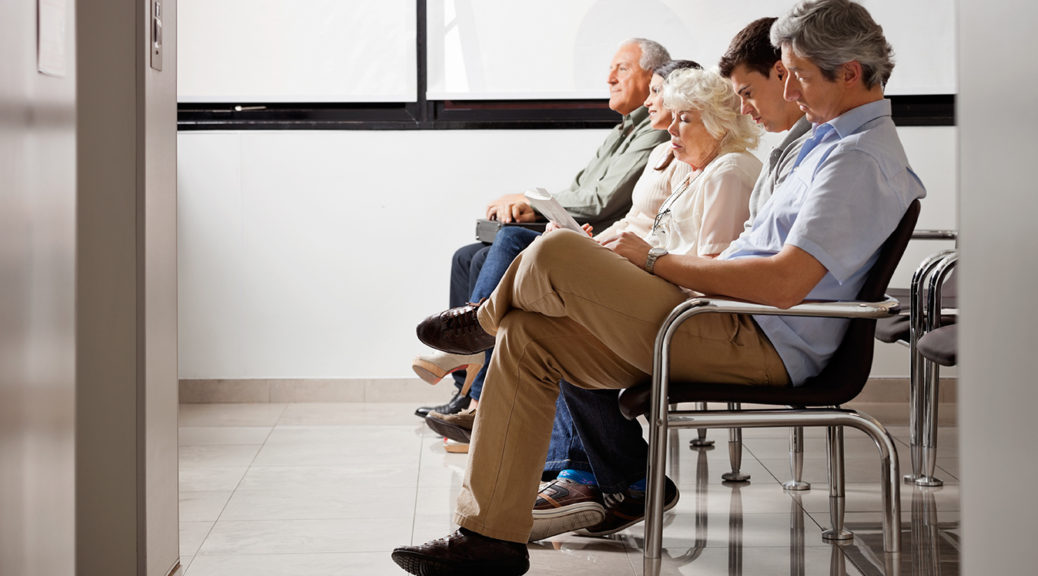 A friend of mine who is an Assistant United States Attorney recently called me to ask for help. He was trying to get a primary care provider and was unable to find any group in town that was willing to take on new patients. I was taken aback by this request since his insurance, as a federal government employee, was probably pretty good. Fortunately, I was able to make a phone call and get him an appointment with one of the groups in town; it is one of the perks of being in practice in the community for a long period of time.

A recent report from the Association of American Medical Colleges entitled The Complexities of Physician Supply and Demand: Projections from 2015 to 2030, predict that there will be a shortfall in primary care providers in the range of 7,300 to 43,100 by 2030.

Projected shortfalls in non-primary care providers is even more worrisome; the range predicted is between 33,500 and 43,100 with most of the deficit accruing from the surgical subspecialties. With our current methods of training new surgeons we are only able to keep up with the attrition rate of surgeons retiring or dying. With the United States population predicted to grow about 12% between now and 2030, this will amount to about 40 million more people with no increase in the number of surgeons that can take care of them.

It can be argued that increasing the number of Nurse Practitioners and Physician Assistants can help with the patients needing primary care providers. However, these providers cannot do what surgeons do. In the population over 65, which is projected to grow by 55% by 2030, many operations are needed on an urgent or emergent basis. There may not be enough trained surgeons to meet the needs of our country. We either need to train more surgeons or admit that some patients who need surgery will not be able to get it.

I am painfully aware of how difficult it is to convince bright college students to consider medicine as a career. Even my two daughters have told me that they are just not interested in working day and night as I have done. Nor are they willing to make the sacrifices necessary to get the education and training required for the profession. It seems that many students who may have been interested in a career as a physician or other type of health care provider are now looking at careers in investment banking, law, business, or the computer sciences.

Recent data shows that the average retirement age for a surgeon has dropped to 57 years. Many explanations for this drop are being given, but the most likely reasons relate to the increased overhead costs emanating from the Affordable Care Act (ACA) coupled with the decreases in payments being given by the third party payers. There comes a point where the hard work of being a physician just does not seem to be worth the income earned. Of course, there are many non-financial rewards of helping someone who is sick, but these rewards are not be enough to pay the bills of staying in practice and raising a family.

Another recent survey from the Association of Academic Health Centers (AAHC) revealed that impending faculty shortages may lead to a crisis in training the next generation of health care providers. Without enough teachers, there will not be enough trained health professionals to take care of the patients flooding the system. This will add to the impending shorages described above.

The influx of “Baby Boomer” patients is not the only problem. A recent article in the Wall Street Journal (WSJ November 21, 2017, VA Chief Wants More Private Health Care) describes a new strategy where veterans will be allowed to seek care in the private sector instead of using the VA’s hospital system. This may lead to 10 million more patients seeking care in an already over-stressed system where getting an appointment to see a provider is already very difficult. There is no data to show that VA physicians will migrate to the private sector to help ameliorate the shortage in providers.

There are several reasons which may account for this lack of faculty. First, the level of interest in academic careers is decreasing among those who are now entering the health professions. There are significant disparities between the salaries of those who go into private practice, industry, and academics. The cost of getting a medical education is high and the debt facing recent graduates is a driver to choose a private practice career instead of an academic one. The average debt for a graduating medical student in 2015 was $180,000!

Of those who participated in the AAHC survey, 20% reported that they will have to make changes in their training programs in order to make ends meet. There will be fewer training programs for radiology, rehabilitation medicine, allergy, pediatric pulmonary medicine, anatomy, and pharmacology. There will also be cut-backs in medical school class size and other residency training programs. Of all the strategies listed by the survey participants, “limiting student enrollment” was most often cited.

Of major concern, a decrease in nursing school enrollment was listed most often as the area where cutbacks in enrollment would be made. In a hospital setting, you have to have the nurses to take care of the patients. Physicians cannot admit patients to beds that are not staffed by nurses.

Hiring physicians from other countries is an option, but steps will need to be taken to assure that those providers have the education, knowledge, and training that we have grown to expect in our system.

Since most of the training of the health care work force is dependent on funding from the government, there needs to be ongoing communication from the schools and the government to come up with a strategy to build and sustain our health care educational pipeline. This is a national interest and yet, not much is being written about it in the national press. It is time for this pending crisis to be brought forth in the public arena so that our children and their children will not be left with too few physicians, nurses, and other ancillary health care personnel to take care of them when they need it. This problem will not be fixed overnight.