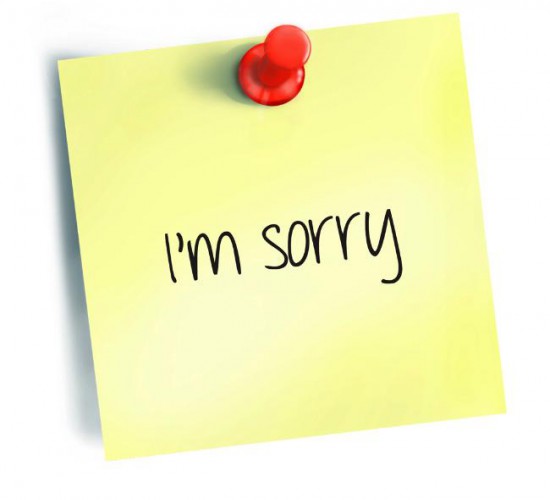 Taking care of sick people can be a messy business and sometimes things don’t turn out as planned. When things go bad, the natural tendency of the physician taking care of the patient is to distance himself from the case; it is difficult to talk with the patient and the family when there is the threat of pending litigation.

Avoiding discussions of patient harm comes from the mindset that this harm is likely to result in a medical malpractice suit and it is best to not say anything that may be used for negative effect in the future, especially a statement that may be construed as admitting fault. In fact, it used to be common for malpractice insurers to encourage their physicians to “deny and defend” against any possibility of being accused of negligence in a possible lawsuit.

Under the theory that more physician communication may lead to a decrease in lawsuits, at least 37 states and the District of Columbia have enacted “apology laws” which encourage doctors to apologize to patients and their families whenever the patient has been harmed. Under these laws, the “apology” cannot be used as an admission of liability in any future malpractice action; these laws were meant to encourage physicians to show compassion and sympathy; when the patients saw that their physicians cared, the belief was they would be less likely to sue.

Unfortunately, the data is mixed as to whether or not the “apology laws” have led to a decrease in malpractice lawsuits. A study done by Benjamin McMichael, a postdoctoral scholar at Vanderbilt’s Owen Graduate School of Management showed, “In general, the results are not consistent with the intended effect of apology laws, as these laws do not generally reduce either the total number of claims or the number of claims that result in a lawsuit.” (Sorry Is Never Enough: The Effect of State Apology Laws on Medical Liability Risk)

There are thirty states and the District of Columbia which protect partial apologies; these are apologies that do not contain any admissions of liability for negligent actions. There are seven states that protect full apologies; these are apologies that may contain statements or expressions of fault, mistakes, and liability. The seven states which are known to protect full apologies are Washington, Colorado, Connecticut, Arizona, Georgia, South Carolina, and Vermont, and It looks like Ohio has just joined this group.

The case of Stewart v. Vivian, came from a lawsuit filed against Dr. Rodney Vivian after the death of Mr. Stewart’s wife. The wife had committed suicide after being admitted to a psychiatric unit at a hospital in Batavia, Ohio. Even though Mrs. Stewart was on a suicide watch, she was still able to hang herself during a period when she was not being observed. When Dr. Vivian later spoke to the family, he expressed what he claimed were statements of sorrow but the family felt the statements also expressed more than just sympathy and should be allowed into evidence as an admission of liability. Dr. Vivian denied that his statements admitted any negligence but the family was willing to testify, under oath, that he did.

The legal issue centered on whether or not Ohio’s “apology law” included an admission of fault. If the court believed that the law did not include admissions of fault, then the family would be allowed to testify on what they believed Dr. Vivian told them during his “apology.” The trial court ruled that Dr. Vivian’s apology could not be submitted in evidence even if the apology had an admission of negligence.

On the malpractice case, the trial court ruled in favor of Dr. Vivian. The family appealed claiming that the Court should have let them testify as to what they felt was conveyed in Dr. Vivian’s apology.

On appeal, the 12th District Court of Appeals held that Dr. Vivian’s statements were properly kept from the jury because the law was ambiguous and the dictionary definition of “apology” may or may not include an admission of fault. This ruling seemed to conflict with a previous ruling from the State’s Court of Appeals in the 9th District which concluded that the law did not include an “admission of fault.” (Davis v. Wooster Orthopedics & Sports Medicine, Inc.). Since there was a split at the Appellate Court level, the State Supreme Court stepped in and resolved the issue by agreeing with the Appellate Court. In Ohio, the “apology law” now includes admissions of negligence and it was proper for the trial court to keep all of Dr. Vivian’s statements of sympathy from the jury, even if negligence had been admitted.

The states that do not have any apology laws include Alaska, Nevada, New Mexico, Kansas, Minnesota, Illinois, Kentucky, Arkansas, Mississippi, Alabama, New York, and Rhode Island.

Since not all states with “apology laws” include admissions of fault, it would be wise for a physician making an apology to know which rule applies to his State. It would also be prudent for a physician expressing sympathy, condolence, or an apology, to pick his words very carefully. He should also make a note in the chart reflecting his thoughts at the time of the conversation; what the family claims they heard may be different from what the physician may claim he was trying to express; usually when there is a fact conflict like this, it is a matter for the jury to decide. Dr. Vivian was protected under his State’s law. Other physicians may not be so fortunate.