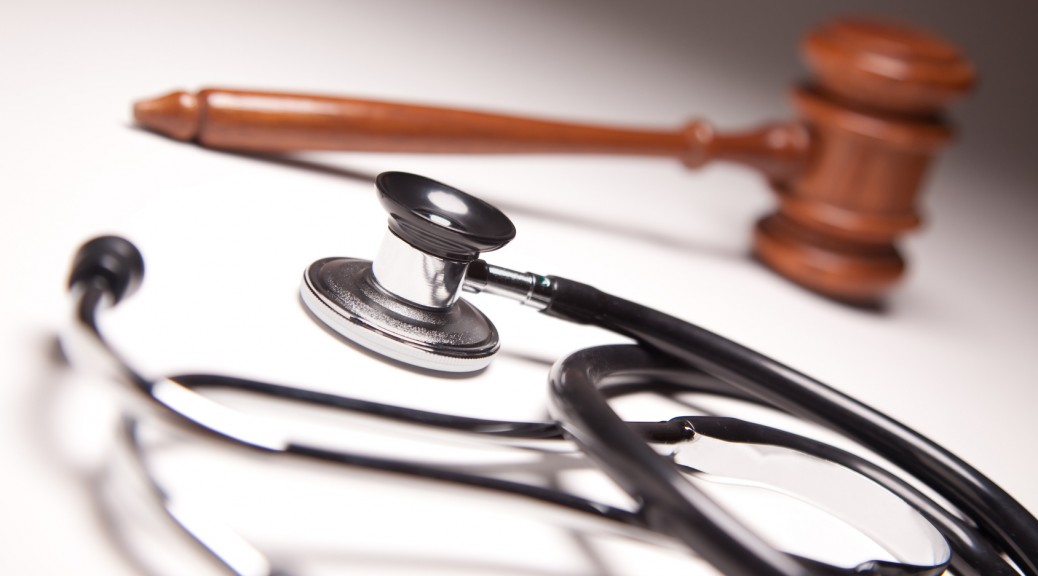 One of the goals of the Affordable Care Act, otherwise known as “Obamacare”, is to decrease the cost of health care. It is believed that some of these costs are related to medical malpractice; these costs are driven by high malpractice insurance premiums that health care providers must buy and the unnecessary tests and procedures that are done in a “defensive” manner to better help in defending a future, potential, negligence claim.

Recognizing these costs, the Affordable Care Act allows for the award of five-year demonstration grants which will be awarded to the States to set up new methods of medical malpractice resolution. The plans should be designed to cut the costs associated with the current medical malpractice tort litigation and hopefully, allow the providers to stop practicing “defensive medicine.” These grants were to be appropriated starting in fiscal year 2011. To my knowledge, this has not yet occurred.

America’s current system of dealing with the tort of medical malpractice is woefully inefficient and costly. Juries often find it difficult in differentiating victims of malpractice from those who have suffered from an unavoidable outcome and the jury may fail in reaching reasonable awards for those who are injured.

Only two percent of patients injured by negligent care in a hospital ever file a malpractice claim (New England Journal of Medicine vol. 324, 1991 (370-6). The elderly and the poor are even less likely to sue (Medical Error: What do we know? What do we do? Jossey-Bass, 2002). For providers, going to trial can be a risky endeavor as you never know what a jury will do.

In Tennessee, for example, heart surgeons are sued for malpractice on the average of once every three years. One case where I was a named defendant occurred in 1996. The case finally went to trial with a defendant verdict in 2013. In this case, the first judge died and a second judge recused herself since she knew one of the defendants. So much for the concept of a speedy trial as a Constitutional right.

Because of the noted shortcomings of the present system, there have been proposals in the United States Congress, both in the House and Senate, to allocate money to the States to experiment with “Health Courts” and other alternatives to the present system of litigation, for resolving medical malpractice suits.  These courts did not get any traction in the past but they are now being restudied under the goals of the Affordable Care Act.

The proposed Health Court system will probably have a liberalized standard for negligence; a mistake or medical treatment falling outside a range of good practice will be compensable. The plaintiff will no longer have the burden of persuasion to show personal fault on the part of the defendant.

The Health Courts will be designed to expedite proceedings and improve patient access to the system. There will probably be limits on non-economic damages which will be based on the severity of injury. Damages will be set by an independent commission created by the State.

Under current models, the Health Courts will have public reporting of all cases settled or adjudicated. This would be a means for setting precedent for other courts dealing with similar fact patterns. There may even be a centralized reporting system so that there could be a uniformity of awards among all of the states.

What about the constitutional right to a jury trial? The Seventh Amendment states in part, “[i]n Suits at common law, where the value in controversy shall exceed twenty dollars, the right of trial by jury shall be preserved…” The U.S. Constitution does not prohibit Congress or the States from creating new compensation rights or eliminating claims that were recognized by common law so long as any changes were part of a comprehensive administrative scheme that provides benefits for the claimant. New York Central Railroad v. White 243 U.S. 188, 200 (1917).

Based on the previous model formed by the Congress, the Health Court system would probably require an initial review of the claim by a Health Court Review Board. If the Board concludes that the injury was clearly due to malpractice, a payment would be made based on a published schedule of benefits. These claims would have expedited payments since they would fit the definition of an Accelerated Compensation Event (ACE). Examples of an ACE would be giving a drug to a patient who is known to be allergic to the drug, amputating or otherwise operating on the wrong extremity, or unintentionally leaving a foreign body inside a patient who has been operated on.

If the Board is certain that the claim was not due to malpractice or the injury was too small to justify an award, they can dismiss the suit.

For cases that are not clear, a Health Court trial would be the next step in the process. These trials, based on previous models, would be presided over by “specially qualified judges” with a background in science or medicine. The models previously discussed do not require the judge to have any legal training but this may change during administrative clarifications.

I am not sure how the judges would be picked for this system, but there was a plan put forth previously by the Progressive Policy Institute which would have the judges appointed by the governors of the States. These judges would have to have a background in science and/or medicine. It was not defined how much science (hard or social) would be required or how much medical knowledge. It was also not clear if the judge would need to be a medical doctor. Would nurses and PhD’s be allowed?

The Health Courts would have power to hire their own experts to help explain the issues relating to standards of care and causation. Lawyers could be present during the proceedings but there would be no juries

The hired expert witnesses would be tasked to help the judges make binding determinations as to standards of care, causation, compensation, and related issues such as comparative fault. The expert would be considered as neutral as to the case outcome.

It is foreseeable that there will be a new legal standard as to what constitutes an injury. An “injury” will be the result of a mistake that should have been prevented. An injury would not occur if “optimal” care had been given. This is known as the “avoidability standard”. This standard is more liberal than negligence but not as severe as the “no fault” standard. Plaintiff will no longer need to prove that the defendant breached the standard of care by acting negligently. He will only need to prove that optimal care was not given; a much easier standard to prove.

If liability is found, damages would need to be set. In the previous models, the damages were to be set by a schedule of benefits derived from a consensus process involving research into similar benefit schedules in the United States and abroad. The schedule would cover both economic and non-economic damages.

Non-economic damages would be listed in a tiered system based on severity of injury. The damage schedule would be adjusted annually on the federal level and then used by the state health courts. The overall goal of the system will be to reduce health costs by reducing liability payments and the malpractice costs of providers.

The benefits of the proposed Health Court system would be (1) quicker and more reliable justice; (2) improved patient safety; (3) lower overall costs; (4) allow for the patient to have a more trusting and open relationship with physicians and other health care providers; and (5) a liberalized compensation scheme to cover avoidable injuries without the requirement of proving negligence. (Bulletin of the American College of Surgeons, May 2006).

The Health Court system seems like a reasonable idea to bring more fairness to compensating patients who have been injured by health care providers. Physicians like the system; insurance companies like it; Republicans like it; the Institute of Medicine likes it.

Lawyers hate it! In fact, the American Bar Association (ABA) adopted a resolution opposing the creation of Health Courts in 2006. The resolution stated that the ABA has “a strong history of firmly supporting the integrity of the jury system, the independence of the judiciary and the right of consumers to receive full compensation for their injuries, without arbitrary caps on damages.”[1]

It is not clear what the role of the National Practitioner Data Bank will be, especially as it relates to payments not due to medical malpractice.

I am not very good at predicting the future, but I know that physicians will need to understand what is going on in the medical malpractice arena so they can better participate in the decision making process. It will be interesting to learn what the states will do with this grant money being provided under the Affordable Care Act.