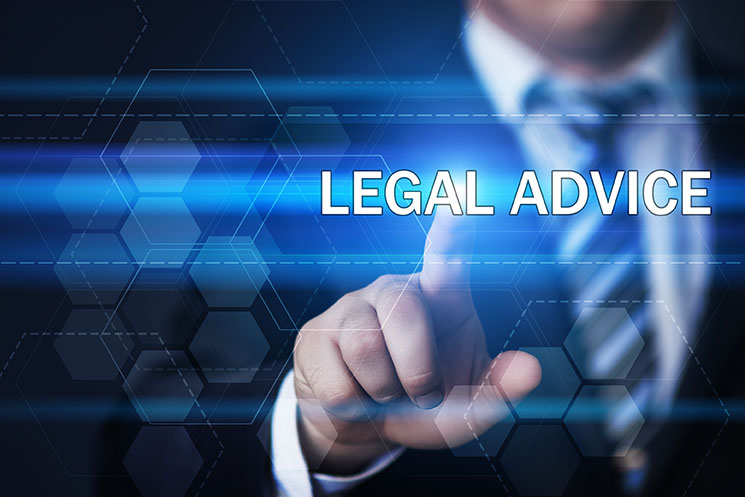 I am a lawyer but not an attorney. According to the Black’s Law Dictionary, a lawyer is a person who is licensed to practice law. I attended and graduated from the Cecil C. Humphreys School of law at the University of Memphis and I passed the Bar Exam for the State of Tennessee. I have even been sworn in by the Supreme Court of Tennessee so I am truly licensed to practice law in this state.

On the other hand, the legal definition of an attorney is a person who practices law. Notice that the legal definition does not even require licensure. I do not practice law so I do not fit the definition for being an attorney. It is not surprising that most people do not know of this legal distinction; I have even been in court where it became obvious that even the lawyers did not know the difference. I make my living as a surgeon and have done so going on 40 years.

Since it is common knowledge at our medical center that I have a legal education, I am often asked legal questions by my medical colleagues. These questions usually relate to medical malpractice issues, informed consent doctrine, medical ethics such as end of life issues and futile care, and contracts. Whenever approached for such legal advice, I first acknowledge that, even though I am a lawyer, I do not practice law. This disclaimer is important because I do not want to ever be accused of malpractice as a lawyer; it is enough that I have to deal with possible medical malpractice on a daily basis. I pay a significant premium for medical malpractice insurance and have no desire for similar payments as a practicing attorney.

When residents or fellows are finishing up their programs, they look for jobs and, eventually decide to take a position. For most, it will be their first job as a attending with the rights and privileges and pay commensurate with that position. Many will be given an employment contract which, for a physician, can be difficult to understand. For those who come to me for advice, the first thing I recommend is that they hire an attorney who is familiar with contracts dealing with physician issues. This true legal advice may be expensive but it is worth it. It would be a mistake for a physician to review the documents on his own as the legal language may be difficult to understand and it may have clauses that may come back to haunt him in the future.

There are three main areas that I look at if I am reviewing a contract; compensation and other benefits, termination clauses, and restrictive covenants.

When I review contracts for these young doctors, the first thing I look for are the terms for employment. How long is the contract for? Is there an automatic renewal or will written notice be required? Is the salary spelled out and is it guaranteed for the terms of the contract or is it dependent on income generated?

Since the Affordable Care Act went into effect, the overhead costs of a medical practice have gone up significantly. An electronic health record (EHR) is now required to practice and they are expensive. The documentation requirements for payment and quality improvement, also required under the law, usually mean that people will need to be hired for to keep the medical records up to date; it is just too time consuming for the physician to do everything himself. I once was considering joining a private practice group but the negotiations broke down when I learned my overhead costs would be $30 thousand a month.

Because of the overhead costs, most physicians have left private practice and joined hospitals or clinics which pay for this infrastructure. The physician becomes an employee under contract and the pay is usually good for the first term of the contract, usually for two years. However, the payment may go down significantly or the physician terminated if he does not generate an income to justify the salary over the term of the contract.

Other compensation issues to consider are bonuses, how are they calculated; benefits, such as vacation time; costs of continuing medical education, and malpractice insurance. If joining a group, the contract should be clear on what needs to be done to become a partner; is there a “buy-in” fee? It is common for the employer to keep renewing the physician’s contract but then terminate before he can become a partner. This does not seem fair, but the employer is out to make a profit and the mission of taking care of patients may not be the primary goal.

There are usually termination statements and it is important to note if the termination can only be “with cause” or “without cause”. If termination can be without cause, the employer can terminate the contract for any reason. This is harsh and it would be wise to have a notice requirement of 3 to 6 months so that there will be some time to look for another job. It is nice to have income while looking for a new position.

If the contract can be terminated “with cause” it is important that the reasons for termination be spelled out. Reasons for termination such as loss of a state license, inability to obtain Board certification, loss of medical malpractice insurance, or a felony conviction are understandable for termination. The new attending should be aware of vague terms such as “disloyalty to the practice” as this is open to wide interpretation and may lead to high legal bills if the clause is invoked and the court is asked to decide what the term means.

There is usually a non-compete clause, often termed a “restrictive covenant.” This clause is meant to keep the new attending from stealing patients from the group if he decides to leave within a set time-frame. No new employer wants to set up a new practice for a new hire only to have that hire leave and take those patients with him to a new, competing practice. Many states do not allow restrictive covenants as they have deemed that to be a restraint of trade and anti-competitive. Even states that do allow for these non-compete clauses will usually have limits on the prohibition of setting up a competing practice; these limits are related to duration and the distance from the original practice.

If there is a restrictive covenant, the new attending should be aware of the time and distance restrictions as they may not allow him to take on another potential job in that area, even if he has been successful in growing the practice. Physicians who sign a contract with a non-compete clause would be wise to hold off on buying a home in the area until he is certain that his relationship with his new employer is likely to be long term.

There are other issues emanating from employment contracts such as severance pay, reimbursement clauses if you leave the group early, and what happens to income coming to the group after termination. All can be complicated and further justifies the hiring of a competent contract lawyer. If any of the contract issues become grounds for future litigation, having an attorney to fight for your rights is worth the costs. It is also beneficial if it is the same attorney who has been with you from the beginning.