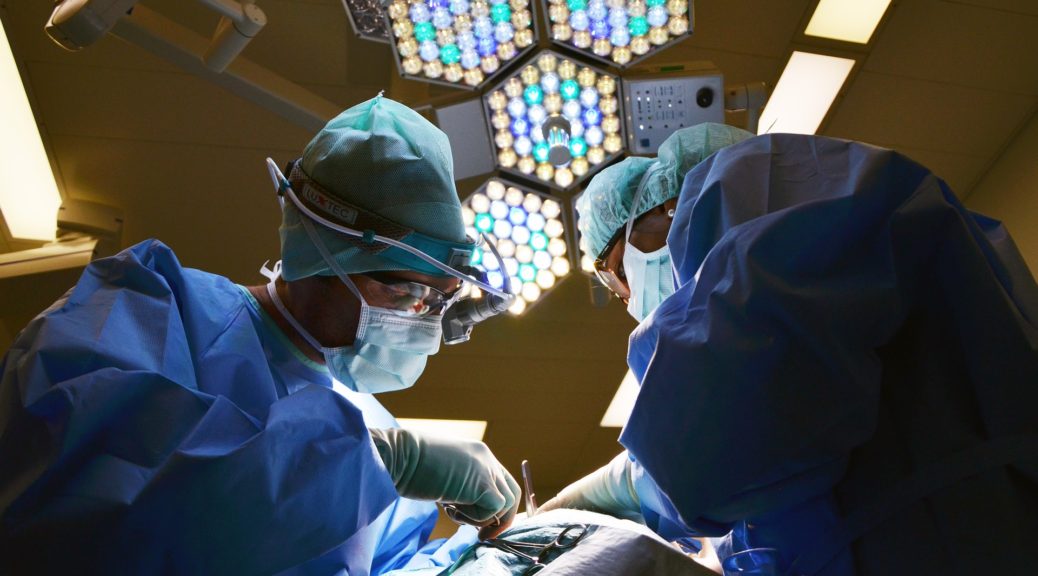 I was a new attending in Cardiothoracic surgery at the Medical College of Pennsylvania in Philadelphia when I was sued for medical malpractice for the first time. I was shocked; then angry; then hurt. The case involved a lady in her 60’s who was undergoing a cardiac catheterization when the coronary artery closed down. Closure of a coronary during an angioplasty does not happen very often, but it is a known complication and the results can be devastating. It was early evening and I was on call.

When I first laid eyes on this patient, she was already intubated and an intra-aortic balloon pump had been placed by the cardiologists taking care of her. Obviously, there was no opportunity for me to form any kind of physician-patient relationship with her prior to going to the operating room as she was at risk for dying if we did not re-establish blood flow to that portion of her heart quickly.

Fortunately, the operation went well. We did a three-vessel coronary bypass and she came off of the heart-lung machine nicely. The intra-aortic balloon pump came out the next day and she weaned easily from the ventilator.

The hospital course was uneventful and she went home a week after the operation. So far so good.

I saw her in follow-up a week later. Her wounds were healing well and she was feeling fine. This was a good “save”. I saw her in the office one more time about a month after the operation. Since she was still doing well, we sent her back to the cardiologists for management of her rehabilitation; this is routine after heart operations.

About a year later, I was served with a malpractice suit. Apparently, she developed a Bell’s palsy about two months after the operation. A Bell’s palsy is a facial nerve paralysis which is thought to be viral in origin. The disorder varies in severity but this patient had a drooping of the eyelid and was unable to close a corner of her mouth; both bothersome but not life threatening. Even though her palsy resolved over a few months, someone convinced her that I must have done something wrong otherwise this would not have occurred. It is possible, even likely, that the operation may have affected her immune system for a period of time and this may have contributed to development of the palsy, but there was no breach of the standard of care on my part.

My malpractice carrier found me a defense lawyer who would start me on my legal education. I learned that Philadelphia was one of the most litigious areas of the country and surgeons were often sued for any adverse outcome even if the outcomes are known complications that can occur even in the absence of negligence.

I was advised to not take the suit personally but, of course, I did. This lady was on death’s door when I first saw her. She had a good and timely operation and she was doing well in routine follow-up. The Bell’s palsy was unfortunate but it was not due to any medical negligence. It did not matter. I had to suffer through the process where I had to answer interrogatories from the plaintiff many of which implied that I was a terrible surgeon. Even though the suit was eventually dropped, I had to spend hours reviewing the medical records and educating my attorney so that he could mount a competent defense. Explaining the nuances of heart surgery to a non-physician can be challenging but this had to be done so that the attorney could have the knowledge to counter the claims of the plaintiff.

This patient’s operation was done at night. Patient’s can get in trouble at any time and we physicians are trained to take care of them; sleep is lost, meals are missed, family functions go on without us. Being a physician is a calling. We know what we are getting into and we do it willingly. Most of us love what we do and we know that being sued for medical malpractice comes with the job; but it is very unpleasant.

As for cardiothoraic surgeons, four years of medical school followed by 6 to 8 more years of surgical training seems to be losing its attraction. Today, in America, we are fortunate if we can finish training 80 cardiothoracic surgeons a year. This is not nearly enough to meet the demands of the specialty for the near future. We are still uncertain of the impact of the “baby boomers” on the need for cardiothoracic services, but we know that this population is scheduled to peak in 2030; there will be an influx of 13 million people at the right age for cardiovascular disease.

With the population rising and the number of trained cardiothoracic surgeons falling, the American Association of Medical Colleges is predicting a shortage of 1500 surgeons right at the time when they will be most needed. I think that these projections are optimistic.

There are new medications to treat atherosclerosis, diabetes, and hypertension and there are new devices being developed which allow non-surgeons to stent open occluded coronary arteries and even place new heart valves. These medical advances may mean that we will not need as many surgeons in the future but we would be better served if we “plan for the worst and hope for the best.”

As long as medical malpractice premiums continue to rise and remuneration for being a physician continue to fall, it is foreseeable that there will be less surgeons in the future. This shortage is likely to become a political issue. I doubt that the government will be willing to send the patients out for care to other countries (”medical tourism”) but they may be willing to hire foreign doctors some of whom will not have the same type of training that our Boards now require.

Or we may be heading to a health care system that rations care. Patients of a certain age may not be allowed to have the operation they may need. How sad. I never thought that rationing of care would happen in my life-time, but I think that the infrastructure is already in place to do just that.