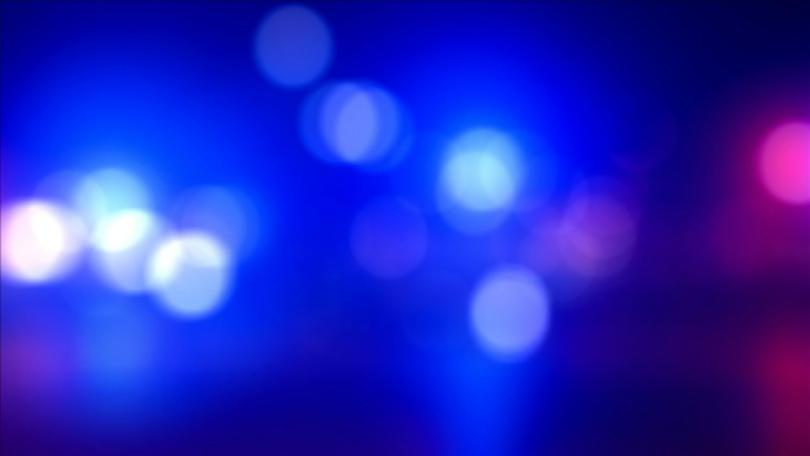 Two quick statements and the chain of command was established.

I had been out of medical school for over thirty years and was a practicing surgeon at the attending level for twenty-five and yet, I had never had the “opportunity” to deal with an emergency outside of my hospitals or office until that night.

My wife and youngest daughter were with me in the car as we drove down the interstate on our way home from shopping. It was early in the evening but it was already dark. Traffic was moving briskly as it was well past the rush hour. Even though the speed limit was 65, most of the cars, including mine, were cruising along at about 70.

A dark object passed me on the right and by its lights I could tell it was a motorcycle. The outline of the rider dressed in black from helmet to boots could be seen as he weaved in and out through the traffic as if we were stationary obstacles in a course.

“What an idiot,” Kathleen said as she also glimpsed him as he zoomed by. I was a little less judgmental, “At least he’s dressed right for his activity.”

Our conversation stopped as traffic was picking up; in the darkness I am not as comfortable as I once was in driving on the highway at those speeds. My daughter, Millie, listened to her IPOD. About a mile up the road, I noticed that things were changing rapidly.

Red brake lights were coming on and progressing back towards us like a slow wave. In anticipation, I took my foot off of the gas and slowed down. Several cars were now pulling off to the left into the emergency lane and, as I passed them, I noticed debris on the road. Several of the cars were damaged. As I crawled by, it looked like a chain reaction fender-bender with three cars now lined up off the road with what appeared to be minor, although undoubtedly expensive damage.

Ahead, cars were coming to a complete stop. In my lane, cars were pulling to the right emergency lane and progressing slowly.

Shortly thereafter, we saw the problem.

The motorcycle was sprawled on the highway, separated from its jockey by about thirty yards. A small crowd was gathering around the driver and it appeared that they were trying to help him so that he could walk off and get out of traffic.

“I’m getting out!” exclaimed Kathleen. “They’re going to kill that guy!”

My stomach turned as she opened the door and jumped from my slow moving SUV. I was sure that some car behind us would not slow down and would wipe out my wife and several of the other bystanders.

I inched my car up to the crowd. I was hoping to act as a shield so as to protect my wife and the crowd as well as use my headlights so that we could better see what was going on.

“Millie,” I said, “I want you to lock all the doors after I get out. Don’t leave the car and I’ll be right up ahead if you need me for anything.”

I got out of the car, thus shedding my steel cocoon. Now I, too, was at risk. My daughter, obviously frightened, followed my orders.

Kathleen was rapidly gaining control of the situation. The injured rider was now back on the ground; Kathleen was applying traction to his head to try to prevent a severe cord injury which could occur if the neck was broken. She was also controlling a scalp laceration—which, by the amount of blood on the pavement—had been bleeding briskly.

As I did a primary exam, I was relieved to find that he was breathing well on his own. He had a pulse and he was alert enough to answer some questions. “What’s your name? How old are you? Where does it hurt? Do you have any allergies or medical conditions we need to know about?”

His head and left arm were hurting him.

My physical exam was inadequate, but it was the best I could do in light of no stethoscope and only the illumination provided from cars stopped behind us.

Two other samaritans joined us. They were nurses. I told them I was a surgeon. They had some rubber gloves which I put on. Unfortunately, it was too late for my wife whose hands and clothes were already soiled from her efforts to control the bleeding from the scalp.

A firetruck arrived and the captain directed it to pull up perpendicular to traffic right behind my car whose light we were still dependent on. Two ambulances came next. I directed the paramedics to immobilize the neck and back and splint the left arm. These guys were pros. They recognized that Kathleen and I knew what we were doing and they followed our directions. Within ten minutes of their arrival, the victim, now a patient, was bundled and ready for transport.

The police arrived and were re-directing traffic off of the interstate. They took our statements and started their investigation. With several damaged cars and a destroyed motorcycle, they had a lot of work ahead of them.

The nurses had chlorox wipes and Kathleen was doing her best to get cleaned up. We went back to our car where Millie let us in. Even in the dim light we could see that she was shaken.This was my sensitive child who epitomizes the saying that “still waters run deep.” It would be a while for her to absorb and reconcile the events of the evening.

The next morning, I made rounds at the trauma center and learned that the patient had started to seize shortly after arrival the night before. A CT scan showed a rupture of the frontal sinus into the front of the brain. He was now in the operating room undergoing a crainiotomy to repair the damage. He was destined to make a full recovery.

That night Millie wanted to talk; it was as if she was trying to come to grips with the facts that her parents were not strangers to dealing with life-threatening emergencies. On the one hand, she was in awe that we could deal with massive trauma and save a life, but, on the other hand, she was upset as the stress of the situation was overwhelming for her twelve-year-old self.

Millie was used to us being assertive, “bossy” if you will, within the confines of our family.

“Do your homework! Get off the computer. Turn off the IPOD. No TV!” These were the orders she was used to hearing and, rarely, were they obeyed on the first request. To have her parents actively take over a highway trauma scene with the police, paramedics, and firemen on site, and the people involved deferring to the commands of her parents was, at least eye opening, and perhaps, life-changing.

Millie is still Millie, but the incident led to some changes. She listens to us more closely and she is less likely to ignore us as we advise, request, order, and cajole. She knows we are her parents, but she now realizes that we are, perhaps, something more.